P'alapassion is the first pancake house in Varaždin, that leans towards the French pancake-house concept, the so called crêperies. We offer a variety of pancakes made similar to the traditional French model, the prevailing model in this part of Europe. The pancake house nestles in the heart of this picturesque town and adds a unique culinary highlight to the already large gastronomic offer. A freshly made sweet or savoury pancake makes everyone’s heart skip a beat.

The pancakes we know today originated in medieval Europe. The thin, flat cake made of dough and roasted on a pan, known as a pancake, has a very long history and has been in cookbooks even since 1439. One can even say, that pancakes are in fact the precursor to bread.
Bread was first made 12,000 years before Christ, out of water and wild grain - probably a sort of today’s cultivated grain – grounded and baked on stone slabs in caves. That ancient bread resembled more tortillas (or pancakes) than today’s bread. According to ancient records, even the Romans relished this forerunner of today&#39;s pancakes. Those ancient pancakes were made from a batter of milk, flour, eggs and spices, and were called Alita Dolcia (Latin: another sweet). The sweet and savoury varieties of such pancakes existed already in those days.

Those famous thin French crêpes and galettes occupy deservingly the highest ratings among gourmets. Their Breton form – the so-called krampouezhenn which are served in different variations in numerous specialized French restaurants (crêperia) – has spread worldwide through food stands and small diners.

Traditionally, the batter is being poured onto a hot round surface (French: creperie) in a very thin layer and baked on both sides. For them to become super-thin, the neutral tasting batter needs to be promptly spread throughout the crêpe pan using a special spreader.

In the French region Brittany, pancakes are primarily served with a sweet topping, e.g. sugar, jam, fresh fruits or nougat crème and folded and rolled before consumption. Therefore, the Bretons strictly distinguish sweet pancakes from savoury ones, whereas in other regions and especially outside of France, even the savoury ones, e.g. with ham, cheese, eggs, fish or vegetables, are referred to as pancakes. 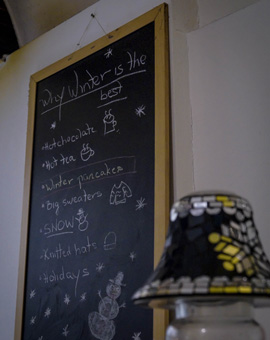 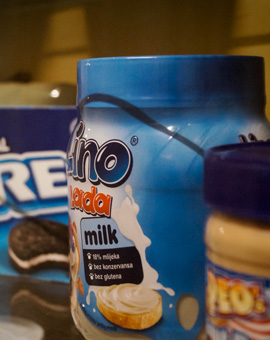 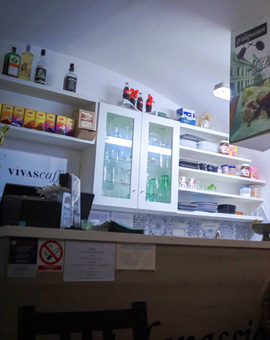 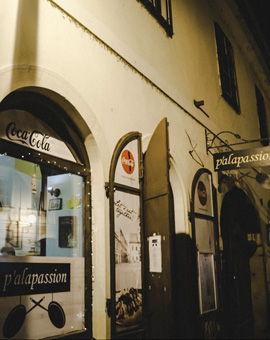 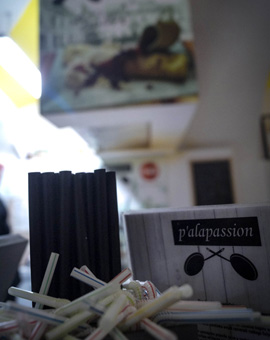 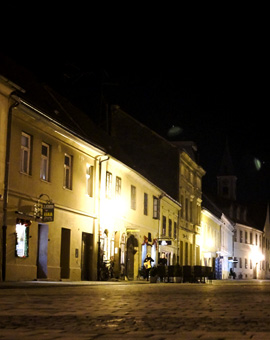